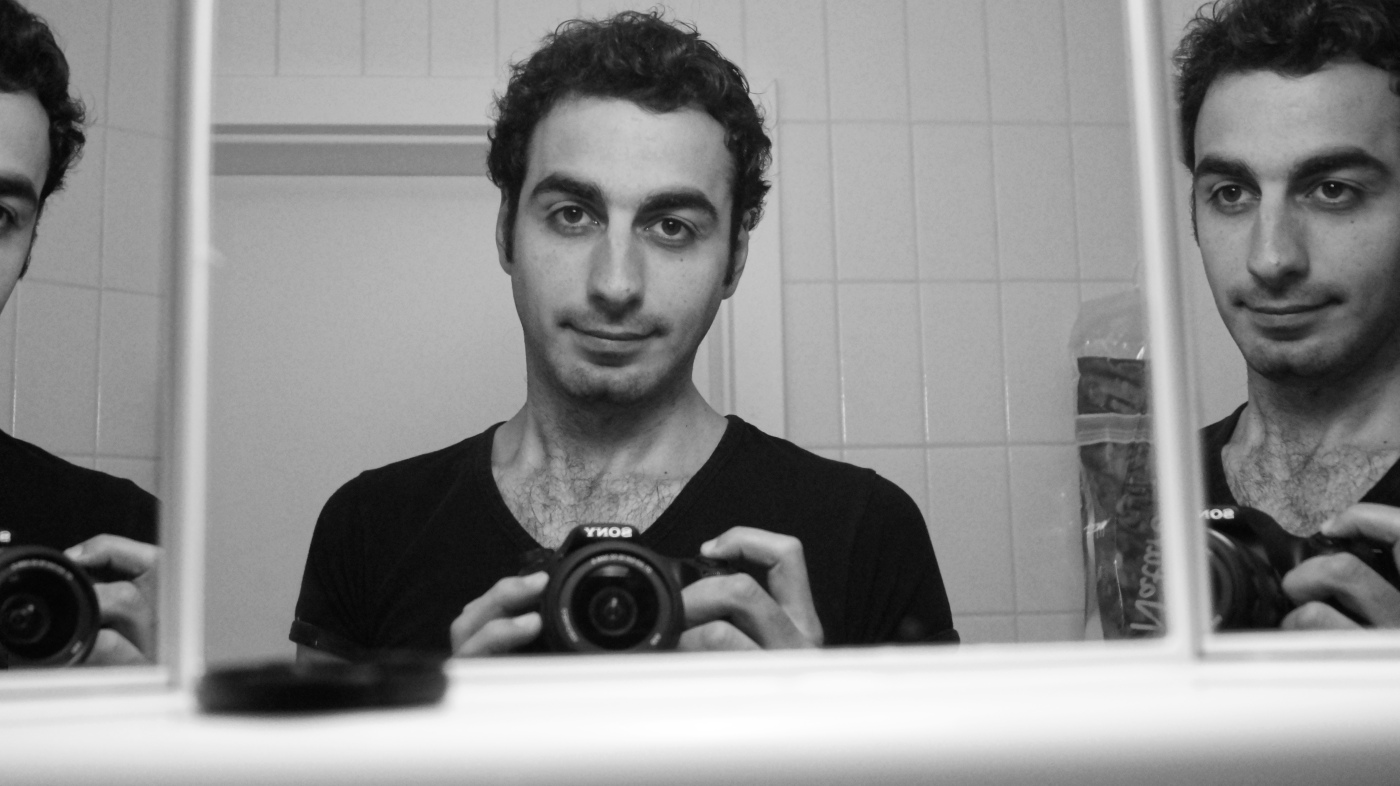 Below is the original draft of a speech I gave on November 23, 2015 — in the framework of the Professional Speaking Skills class, at the University of Graz.

I was nervous and my speech didn’t go according to plan, so the text and the video are not exactly the same.  For YouTube version click here.

[Taking a picture of the podium and sending via WhatsApp it to mother in Syria.]

A few months before I was born, my uncle passed away. Decades before that, when he was my age, he completed his studies in the UK, where he lived for years away from his mother. My mother once told me that grandmother used to ask her to put on Radio London, even though she never understood English. At the time, telephone was not an option, not in the part of Syria where they lived. Somehow, listening to the BBC was the only way my grandmother could relate to her son.

I’m 28 now, and this is my first official speech. I get to share this moment with my mother instantly, even though half of Europe stands between us. I’m absolutely not willing to give up my right to be online, neither should any of you.

By the show of hands, how many of you had friends present in Paris during the attacks?

I had three; a Tunisian, a Brazilian and an American. Thanks to the internet, now we easily keep in touch with friends from all over the world. On November 13, I got a Facebook notification saying that Mike, Igor and Elham were all marked as safe. That was how I knew about the attacks. Imagine! Now we get to know someone is safe before we even have to worry.

Internet doesn’t only bring individuals together, but also entire societies and nations.

In late 2010, Mohamed Bouazizi, a frustrated Tunisian young man, set himself on fire out of desperation. He was the spark of a massive protest movement that forced the country’s dictator to step down within one month. For the first time in their history, the people of Tunisia had a chance to purse democracy.

What happened in Tunisian spread across North African and the Middle East, hence the Arab Spring began. Egypt’s Tahrir Square, occupied by the protestors who forced another dictator to resign, became a symbol that inspired the anti-austerity movement in Spain, which in turns inspired the Occupy Movement in the US, Europe and across the world. The world was united against tyranny and corruption. None of that would happen if it weren’t for social media.

The internet has largely transformed our nature, which is a bit scary. But that was the case with the automobile when it was was first invented. It was a noisy slow monster that spread toxics and polluted the air. It wasn’t as natural as mounting a horse. But here we are now unable to imagine our lives without cars.

The Occupy Movement failed. The Arab Spring turned into half-a-dozen of wars. ISIS is using the internet to recruit radical people all across the world.

So, should we do less internet now? Absolutely not.

We could use nuclear physics either to create bombs or generate electricity. Mechanic engineering could help us manufacture tanks or ambulances. The same applies on plastic, drones, and self-driven cars. [Interacting with those who argued for and against these things.]

The same applies on the internet.

We can use social media to filter our news and create our own bubbles, or we could escape the bubbles mass media has created for us for centuries. For the first time in history, we have the chance to create our own narratives on what’s happening around us and in the world.

I can be obsessed with my smart phone and avoid eye-contact with the person setting in front of me on a bus. I may as well read a book or look outside the window.

Personally, I often pretend to be busy with my phone when I want to avoid the people who don’t make me feel comfortable.

Is it just me?

More than seven decades ago, we heard Charlie Chaplin screaming “We have developed speed, but we have shut ourselves in. Machinery that gives abundance has left us in want.”

He was criticizing us, not the machines. “The very nature of these inventions”, Chaplin said, “cries out for the goodness in men.” So does the internet.

This site uses Akismet to reduce spam. Learn how your comment data is processed.